Home | Blog | Is Blu-Ray The Last Stand For Hard Media? 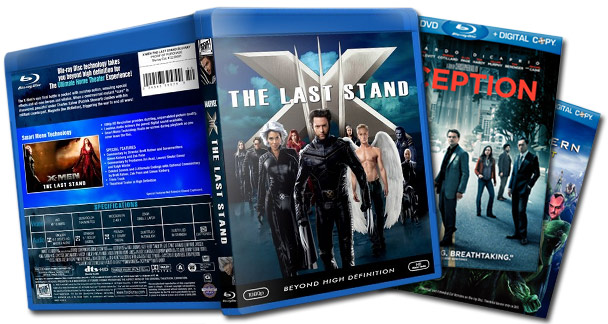 Is Blu-Ray The Last Stand For Hard Media?

As puzzling as the idea may be, the Blu-Ray disc may be the end of the line for hard media. With DVD sales in a tailspin a few years ago, Blu-Ray advocates warred with HD-DVD supporters over the dominant hard media format of the future. The DVD marketplace had been so lucrative that content distributors assumed the winner of the next-gen battle would become the next sales champion.

In hindsight, the winner was the format that few deemed a realistic competitor, streaming media. Consumers permanently moved to the cloud when Netflix became ubiquitous as a cheap and elegant solution for movie lovers. The easy click access to a massive library of entertainment content hypnotized Netflix subscribers. These customers fundamentally altered their expectations for how to consume media.

Here are the numbers that support this assertion. In 2002, the explosive growth phase of DVD, home video revenue totaled $20.3 billion. In 2011, DVDs garnered $6.8 billion while Blu-Rays accrued another $2 billion in sales. As the presumed successor to DVD, Blu-Ray should be moving toward market dominance. Instead, digital sales from streaming media and the like grossed $3.4 billion or 70% more than Blu-Ray. CD sales are similar, declining for ten consecutive years.

By now, we all know the amazing stats about Netflix’s domination of the internet. As much as 20% of all internet traffic is due to this service. The fallout from this emerging behavior is that kids who have grown up during the new era of cloud services have been trained away from hard media.

This behavior is not exclusive to movies and television, either. Since Apple debuted iTunes in 2001, the service has become a standard method of streaming audio consumption. While Apple operates on a pay-as-you-go system, other savvy services have attempted to follow in their wake with user-friendly streaming audio apps. Pandora and Spotify are the best of these.

Pandora imbues the user with the ability to create their own music channels. If you enjoy the music of Katy Perry, you can add a Katy Perry station. The service will automatically program it with not only the music of the artist in question but also similar music. Spotify is a bit more exacting. Users may access any song available through the app as well as create playlists with their favorite music.

Even better, there are home audio devices available for purchase that magnify the utility of the streaming audio services. Devices such as the Sonos wireless whole-house audio system enables users to access all of the audio media they have stored in the cloud through their apps. The user can situate their Sonos device or devices anywhere in the home and link to it new or existing speakers. Then, through the utilization of laptops, smartphones or tablets, they may play any music they want. It’s the most elegant of streaming audio solutions.

The utility of this combination of electronics and technology is unprecedented. Adding streaming audio services such as Spotify or Pandora to a wireless audio product like Sonos gives the user a historic level of control over their streaming media. What do you think the future of media looks like? Do you see any major issues with hard media going away all together?