Home | Blog | What the LCD, LED, OLED!? Deciding on a TV Technology 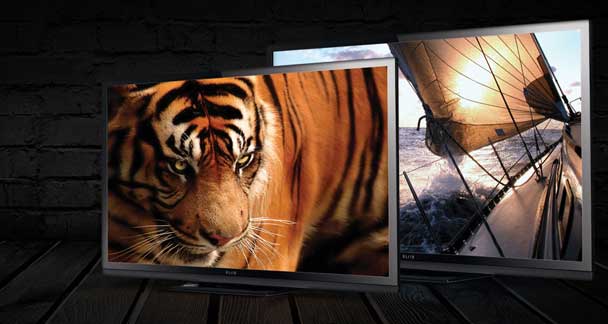 What the LCD, LED, OLED!? Deciding on a TV Technology

Television technology has grown significantly over the years, and many people are nowadays interested in three-dimensional television or 3D TV. Which technology is best suited to offer this kind of real-life viewing experience?

One of the important factors in determining the quality of images on a television is how black information is interpreted on the screen. Black should be truly black, not tinged with some blue or green hue. However, native resolution also plays an important role. Although plasma offers the best blacks, it provides relatively little detail compared to more current technologies.

Here is a brief look at three of the current top TV technologies.

These types of televisions use Liquid Crystal Display technology, which makes them slimmer. The technology filters white light selectively to produce both colored and black images. The light comes from cold cathode fluorescent lamps located behind the screen. Millions of LCD shutters filter white light when they open and close consecutively. The shutters are arranged in a grid and controlled by transistors.

LCD TVs are relatively light, use less energy and glare-free. However, stuck pixels may show on the screen as tiny light pinpoints that have an annoying persistence. They also provide better quality images when viewed directly but the quality diminishes rapidly when they are viewed at an angle.

LED televisions are actually types of LCD TVs that use Light Emitting Diodes instead. This technology helps solve the problem associated with the way the former technology filters light. The LEDs themselves dim the backlight in the places that should be dark.

The displays of OLED televisions are lit by Organic Light-emitting Diodes. An organic substance is used as semiconductor by sandwiching it between two thin films of conductors. Applying electrical current to an OLED produces a bright light.

This technology allows for even slimmer constructions because there is no need of backlighting. Other benefits of OLED televisions are their wide viewing angles and high contrast ratio of 1,000,000:1. Images can be viewed clearly at 160 degrees under bright light conditions. The sharp images and wide viewing angle make the televisions ideal for 3D TV. They also consume very little power.

The main drawback to OLED televisions is their high price. However, prices are expected to come down as the technology advances.