Home | Blog | Apple Now Most Valuable Company of All Time – What’s Next? 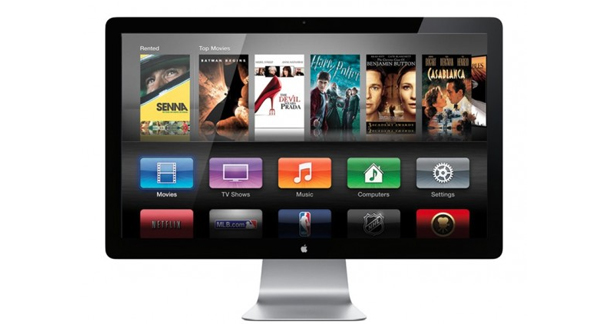 Apple Now Most Valuable Company of All Time – What’s Next?

Apple has recently done it, becoming the most valuable company of all time according to a recent Reuters post.  So what’s next for the technology behemoth? Apple is a company that has long been known for its innovative quality products. While Apple TV has been around for a few years, it has always been a small gadget that attaches to a separate LCD or LED television screen and is generally no different than any other TV in today’s world. However, all of that is about to change as there are plans for a new Apple TV or iTV, which will include its very own screen.

• Essentially, the product is expected to be an HDTV and it will feature the customary Retina display Apple first introduced with the iPhone 4 in June 2010. While it is unknown what pixel density the device will have, the picture will be sharp and include brilliant color and accuracy to keep alongside its current crop of iOS powered devices.

• Like the iPad, iPhone and iPod touch line of most recent generations, the Apple television will come with Apple’s own iOS operating system, specifically iOS 6, which is currently in beta mode. Users will be able to download apps to their set, but with the AirPlay feature, it may even be possible to port existing iPad apps to an Apple TV screen. Additionally, iOS 6 is expected to have the ability to send audio from the TV to a speaker elsewhere that enables AirPlay wirelessly. This can make for a whole new television experience. Users will even have the ability to access their entire iCloud library on the Apple TV.

• Apple TV screens are expected to be on the smaller side of approximately 30 inches. This is simply due to the fact that Retina display technology is considerably expensive. Although many consumers opt for screens that are considerably larger, this might very well make Apple a true game player in the television arena as everything from videos, TV and movies as well as photos will appear crystal clear and brilliant in color on a wide scale of Apple devices, including the iTV.

• It is also possible that Apple’s television will not even include a remote as it is rumored to include Siri, the voice technology that first appeared in last fall’s iPhone 4S. With this feature, a user could simply speak and direct the voice app to present any TV show, movie or anything else the individual wants to watch.

Another rumor going around is that the Apple is trying to work out details to offer customers there very own cable service in which you will be able to pick channels a la cart as well as a potential set top box rather than the original television idea. What other features would you like to see if Apple reveals their own television set or jumps into the cable service industry?